Songs you know by heart...

Larry Dernetz and Chuck Conjar first met at Essex Community College when they both worked in the same office between classes. Larry transferred to Towson University to get his degree and Chuck joined him the following semester. At Towson the two of them again worked in the same office. To this day they still work together in their day jobs. As Chuck explains it, “One year Larry and I decided to learn a few songs to play for our office Christmas party. That eventually became a tradition where each year we would learn a few new songs for the party. After about 20 years or so, we had a pretty wide repertoire of songs. We decided to do some open mikes and eventually showed up at the Main Street Tower Restaurant in Bel Air to compete in a talent show. We happened to be the only act who showed up and ended up playing all night. It turned out to be a blast and we have been playing together ever since.”

It was Larry who came up with the name Double Play. They used to play on the same softball team with Larry in Left Field and Chuck at First Base. Although that’s not exactly a double play combination, the name seemed to work and they have become quite successful using a simple formula of playing the songs you know by heart.

Double Play is a very reasonable option for your restaurant, club, fundraising event, bull roast or even backyard party. They are reliable and they tailor their music to fit the needs and tastes of each audience. Larry arranges the electronic backing that fills out the sound of Double Play and allows them to play anything from 50’s Rock to 80’s Pop to Classic and Contemporary Rock and Country to Dance Tunes to even a Polka if you ask them nicely.

Larry has also played some solo gigs as Larry Dee and Chuck writes and records his own songs. Chuck’s song “Ocean City Days” won a contest as the Official Song for Ocean City 2012 and was featured at SunFest. His albums, “Out of the Furnace” and “Point C” are available in several outlets. See links below for more information. 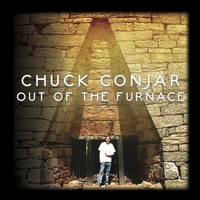